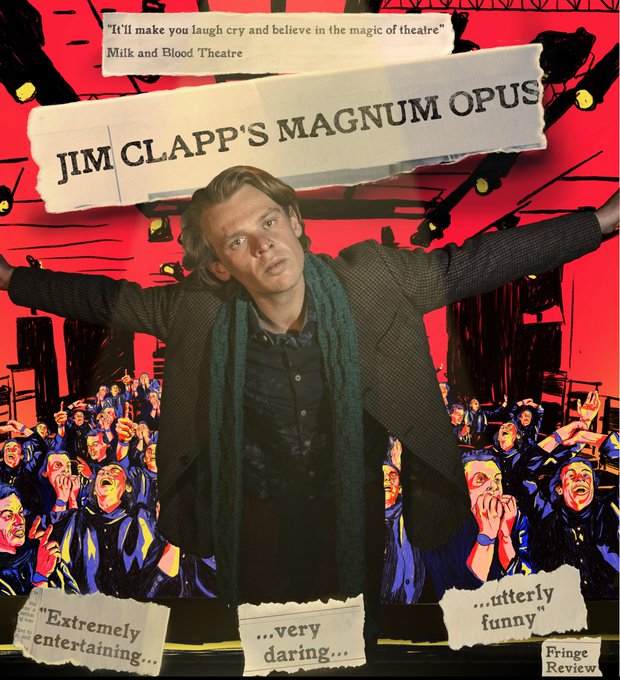 ‘Self- proclaimed Theatrical Titan, Jim Clapp is bringing his latest and greatest production, ‘Magnum Opus’ to the Lion and Unicorn Theatre. It’s opening night and someone from Radio 4 is in. However, the actors have dropped out last minute and his extravagant set is burning on the M4. Jim has put the last of his money into this show and with his old contacts ignoring his calls, or dead, this is his last chance. The show must go on. With the help of you, the audience.`

Join Jim on-stage for this absurd, action-packed, theatrical adventure that puts you at the heart of the production.

His previous one-man epic detailing Gandhi’s love life, entitled ‘Mahatma and Me’ received a total of 15 stars from 7 publications.’